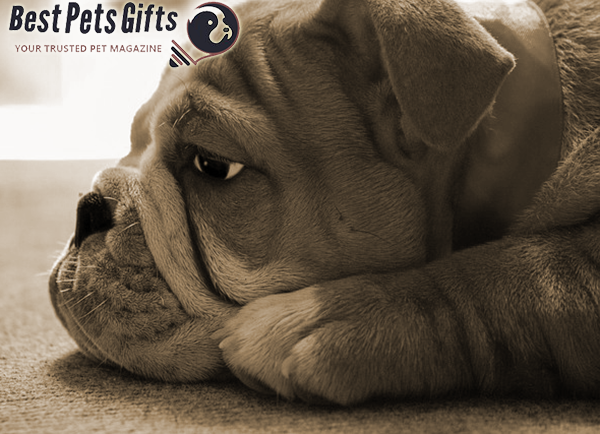 The Bulldog is a British breed of the Mastiff type, characterized today for their fighting spirit and often used by the British in particular as the country’s symbol of bravery and determination in World War 2. However, the breed has another side to it. For over two hundred years, Bulldogs were bred for one specific purpose: bull baiting. This barbaric sport involved fastening a bull with ropes so that it could it had limited movement, and then setting a dog on the un-sighted bull. These dogs were specifically bred to tackle bulls with their strong jaws, short legs and wide shoulders. Nowadays, Bulldogs facts and history portray a kind, well loved dog with a loyal temperament.

Origins of The English Bulldog

The English Bulldog was first introduced to England in the 16th century by Spanish and Portuguese sailors. These dogs are believed to have been the result of cross-breeding between the Molosser type of dog and an ancient breed of Asian dog called the Barbary dog, which is believed to be an ancestor of the Pug. The Barbary dog was used to guard the sheep and poultry of nomadic tribes in the Middle East.

Origins of The Bulldog Name

The name English Bulldog comes from their use in bull baiting, a popular blood sport in England for over 400 years. Bulldogs were bred for their strength and aggressiveness and were set on the bull (which was tied up and unable to fight back) by the owner of the dogs. The dogs’ job was to grab on to the bull’s nose or ear and pin its head to the ground before the dog was mauled by horns. The sport was made illegal in the Cruelty to Animals Act 1835.

Bulldogs were also used in bear baiting, in which ferocious dogs were tied to a stake in front of an open-air arena, while a bear was placed in a pit in the center of the arena. The dogs were let loose to attack the bear. Both of these sports were outlawed in 1835, and the owners of the dogs had to find another use for them.

After the English bull-baiting and bear-baiting were outlawed, the owners of bulldogs turned their attention to dog fighting. For breeding purposes, the bulldog was bred with terrier breeds like the Manchester terrier, which is why you see the Manchester Terrier’s temperament in the bulldog. Dog fighting became a popular sport with as many as 50,000 spectators attending events. The dogs were bred with extreme aggression towards other dogs, and the dogs were set on each other in a pit with owners betting on the outcome.

Fantastic Facts About The Bulldog

Physical Traits of The Bulldog

Bulldogs have squat, wide and muscular bodies which were needed to wrestle with bulls. They famously have a flat face appearance with a progathic jaw. The word ‘prognathic’ comes from the word ‘prognosis’ which means prediction. And so, prognathism refers to the abnormal forward growth of the mandible. The mandible is the lower jawbone and the prognathism is a condition in which the lower jaw protrudes forward beyond the upper jaw.

Bulldogs are notorious for the fact that they are born with a rudimentary lower jaw. But in the course of time, the lower jaw ossifies and strengthens itself. The tendency of the lower jaw to protrude forward is also common in other breeds of dogs such as the Great Dane, Boxer, Bloodhound, and German Shepherd. In Bulldogs, the mandible protrudes forward due to an underbite. An underbite is the state wherein the lower teeth overlap the upper teeth when the mouth is closed. This happens due to the fact that the lower jaw is shorter than the upper jaw and the space between the teeth is covered by the tongue in an underbite.

Advantages to the Bulldog of Having a Prognathic Jaw

The most striking advantage of having a prognathic jaw is that it offers the dog’s mouth a wider opening. This means that the dog can have a better bite grip on its prey. Bulldogs have a short and wide head and so, they can apply a lot of pressure on their prey. Due to the jaw protrusion, they are also able to bite through bones and have a better control while eating. The jaw protrusion also offers a degree of protection to the dog’s face against external injuries.

Drawbacks of Having a Prognathic Jaw

The most glaring drawback of having a prognathic jaw is that it can lead to health issues. When the jaw protrudes forward, it can crowd the teeth of the lower jaw and push them out of their normal position. This can lead to dental issues like the gumline recession, periodontal disease, and tooth decay.

The English bulldog is a medium sized breed that has a stocky build. The males are generally larger and heavier than females, with a shoulder height of about 12 – 15 inches and a weight of about 30 – 40 pounds. The females are about 10 – 12 inches at shoulder height and weigh about 25 – 35 pounds. The coat of an English bulldog is smooth, short and shiny and comes in a wide range of colors and markings. The most commonly seen colors are brindle (tiger stripes), fawn (light or dark brown), or black. But you can also find other colors such as white, red, or even blue. Some dogs even have piebald (piebald is a pattern of dark patches on a white background)..

Bulldogs have short tails which are rare in the canine world being not docked or cut.

The ears of the English bulldog are small and placed very low on the head. They are sometimes cropped to make them stand upright.

Bulldogs make great pets as they are naturally inclined to build loyal bonds with children and adults. Lesser levels of aggression, typically with today’s Bulldogs have resulted in a more passive temperament. The bulldog is famous for its jolly nature, and its temperament is one of the most important characteristics of this breed. Bulldogs are very affectionate, friendly, and patient dogs.

They are not very active and don’t require much exercise, but they will enjoy a good game of fetch or game of tug-of-war every now and then. Bulldogs sometimes have a reputation for being aggressive, but in reality the breed is very tolerant and not very confrontational. In fact, the breed is known to be too passive, and this can lead to problems in the long run if it’s not addressed. Bulldogs are very patient and accepting of others, so they will let themselves be bullied without retaliating. This is dangerous and can lead to serious problems, so you should make sure your English bulldog knows how to be dominant and defend himself.

Is the English Bulldog Good for First-Time Owners?

The English bulldog is a great choice for first-time dog owners, especially if you are living in an apartment. While the breed is very affectionate and great with kids, they are not the best choice for very small children because of their large size. The English bulldog is very patient and accepting, but they are also lazy and inactive. They don’t need much exercise, but you will have to make sure they get enough daily activity to keep them healthy. Bulldogs love to cuddle and be near their owners, which makes them great apartment dogs. They can adapt to smaller living environments and don’t need a large yard to play in.

In Conclusion – Bulldogs Facts and History

After being bred for a life of fighting or trapping bulls, the bulldog breed was officially recognized by the Kennel Club in Britain in the 1860s. Nowadays, English Bulldogs are loved as family pets due to their kind and gentle nature.

Bulldogs have a short and wide head and so, they can apply a lot of pressure on their prey. The jaw protrusion also helps the dog to breathe in a better way and offers a degree of protection to the dog’s face against external injuries. However, the jaw protrusion can also lead to health issues such as dental and breathing problems. 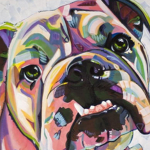 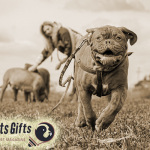 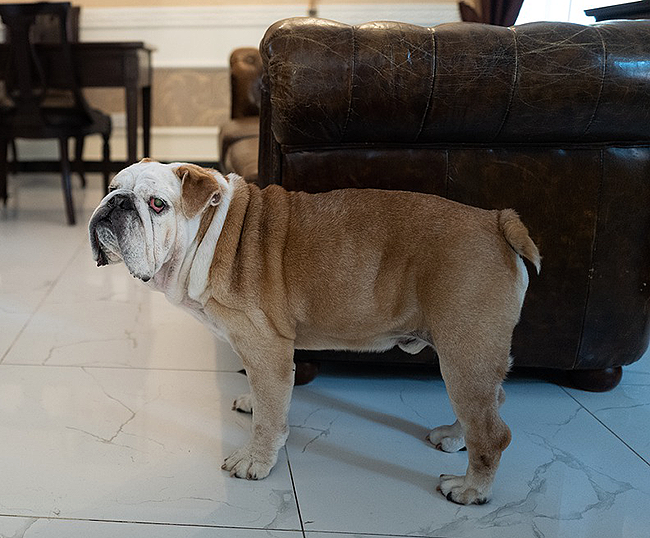 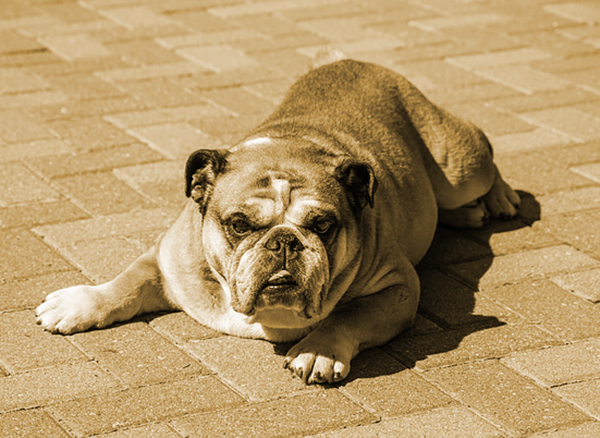